Hightlights from Mike Bickle at Onething 2014

Watch This Highlight from Session 5 of the IHOPKC Onething conference Feat. AllenHood

CHRISTIANS UNDER FIRE IN AFRICA 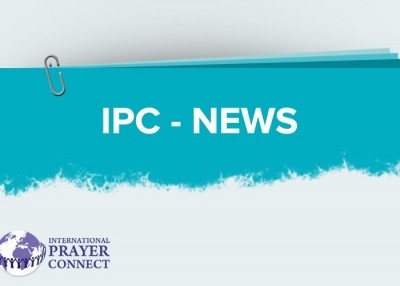 While the world has been focused on the shocking terror attacks in Paris that left 17 dead, thousands of Christians have been murdered by Islamic Jihadists in Africa.

Carnage Against Christians
The same week of the Paris attacks on Charlie Hebdo (a weekly magazine known for its irreverent and mocking articles and satirical cartoons against political and religious leaders), Amnesty International reported on a massacre of over 2,000 people in Northern Nigeria. Over Saturday, 3rd and Sunday, 4th January, the town of Baga, on the border of Chad, was attacked by Boko Haram insurgents who fired Rocket Propelled Grenades (RPGs) and assault rifles on church-goers and town residents. Most of the victims were children, women and elderly people who could not run fast enough as they were mowed down by the Muslim terrorists.

A Forgotten War
While the Jihadist terror attack on journalists in France made front page news worldwide, the tens-of-thousands of Christian victims of Islamic Jihad in Africa barely get a mention, even in Christian media. In less than 5 years, over 1,000 churches have been destroyed in Northern Nigeria and over 16,000 Christians murdered by Boko Haram Islamic terrorists.

Destruction and Displacement
Between August and October 2014, 200 Christian churches were destroyed by Boko Haram in the North Eastern states of Borno and Adanawa. Maiduguri Diocese in Borno State reported 185 churches torched and over 190,000 people displaced by the Jihad against the churches in their area, just in those 3 months.

A Flood of Refugees
The United Nations Humanitarian Office (OCHA) reported that approximately 650,000 Nigerians had been forced from their homes and were Internally Displaced Peoples during 2014.

Persecution Worldwide
The Centre for the Studies of Global Christianity reported in October last year that every year approximately 100,000 Christians die for their religious beliefs, including in Nigeria, Cameroon, Sudan, Somalia and Egypt.

Coptic Christians Bombed
Egyptian Coptic Churches are not only being fire-bombed and attacked in Egypt, but even a Coptic Christian Church in Berlin was attacked with a fire bomb last year.

Nuba Church Bombed
In Sudan, Rev. Youhana Jaqoub, of the Episcopal Church of Sudan, reported four bombs being dropped by the Sudan Air Force on their church in the Nuba Mountains, "the bombs have completely destroyed our church compound in Tabolo."

Convert From Islam Attacked in Sudan
Also in Sudan, Ibrahim Ismaeil, a 34 year old convert to Christianity from a Muslim background, survived an attempt upon his life by Muslims who broke into his house at midnight and opened fire. Ibrahim and his family managed to escape and fled the nation. Ibrahim is a writer and Human Rights Defender for the Darfur region.

Churches Demolished in Ethiopia
In Ethiopia, which is meant to be a majority Christian country, churches have been attacked in Muslim areas. Heaven's Light Church, which served some 100 Evangelical Christians in the Muslim majority city of Harar, was demolished 28 November by Muslim municipal officials. Although the church had stood and functioned in Harar for 5 years, the local majority Muslim population determined to eliminate the public presence of churches. This has been part of a pattern of forced closure, destruction and demolition of church buildings in Muslim controlled areas of Ethiopia. Numerous Christians have found notes on their doors, warning them to convert to Islam, leave the city, or face death.

Egyptian Coptic Woman Denied Justice
In Egypt, Lisa Nosim Basari, a 28-year old Coptic Christian woman has made a video describing the advances of a Muslim man who was intimidating her to convert to Islam and marry him. Wa-il Hassan Abdul Nu-min began stalking her whenever she left home, threatening her to convert to Islam and marry him. When she refused, he attacked and burned the grocery store in which she worked, tore her clothes and sexually assaulted her. When Lisa filed a formal report against him at the local police, the Egyptian police harassed her, imprisoned her and tortured her to force her to abandon her complaint against the Muslim man. In her video Lisa pleads for some authority in Egypt to intervene and protect her.

Abductions in Egypt
Every year hundreds of Christian women in Egypt are abducted and forcibly converted to Islam and forced to marry Muslim men. Families regularly receive phone calls from the abductors telling them that if they ever want to see their daughter alive again, they must ransom her for one quarter of a million Egyptian pounds. There are many reports of police refusing to investigate these kidnappings. As one police captain said: "So what if one Coptic girl is missing? Look at how many millions of Muslims are dying in Palestine and you bothering us about one girl?"

"Remember the prisoners as if chained with them - those who are mistreated - since you yourselves are in the Body also."Hebrews 13:3

Muslim Mayhem in C.A.R.
In the Central African Republic the Muslim Seleka Coalition have gone on a rampage of rape, pillage and mass murder, targeting Christians, attacking and plundering churches.

Bulldozed in Sudan
In Khartoum, Sudan, the Sudan Presbyterian Evangelical Church and the Nile Theological College were bulldozed down in November last year by National Intelligence and Security Services personnel and police. These demolitions were based on a court order demanding that the church leaders surrender their premises to Muslim businessman, Khalid Mustafa.

Threat to Democracy
Nigerians are less than a month away from their presidential elections. As more than 1.5 million Nigerians have been displaced by the Islamic Jihad in the three North Eastern states, it is questionable how many of them will even be able to vote in the polls under Nigeria's current election rules. Meanwhile Boko Haram is attempting to regionalise the conflict by threatening further attacks on neighbouring Cameroon.

Double Standards
It seems disproportionate that 3.7 million people can march in France in protest against the Islamic terror attacks against Charlie Hebdo journalists (who have frequently published blasphemous attacks on Jesus Christ), but most media and government leaders worldwide remain silent about the ongoing genocide being perpetrated against Christians in Muslim lands throughout Africa and Asia.

Selective Outrage
As global leaders join millions of people on the streets of France to march in a show of solidarity with the journalists murdered in Paris, Nigerians commented: "Very moving watching events in Paris - wish the world media felt equally outraged by the massacres in Nigeria." Numerous Nigerians have asked how it is that even their own President, Goodluck Jonathan, expressed his condolences for the victims of terrorism in France, but has remained silent on the Boko Haram attacks on 2,000 Christians in Baga. Others have asked why the American President, Barack Obama, seems more concerned to promote Islam than he is to counter Islamic terrorism.

"Their feet are swift to shed blood; destruction and misery are in their ways; and the way of peace they have not known. There is no fear of God before their eyes." Romans 3:15-18

A Deafening Silence
Another commented: "It is shameful how the 2,000 people killed in Boko Haram's massacre in Nigeria gets almost no media coverage."

"How is this Boko Haram attack on Christians in Nigeria not the lead story in every single news network and every news feed worldwide right now!?"

Most Persecuted in the World
According to the Pew Research, Christians are the most persecuted religious group in the world. Of the 24 worst persecuting countries in the world, 20 are Islamic.

How can we help our Brethren who are suffering such intense and violent persecution?

This is first and foremost an information war, a battle for hearts and minds. We must be informed. "My people are destroyed for lack of knowledge..." Hosea 4:6

Publicity Provides Protection for the Persecuted
You will also find many articles under Country Reports on our Frontline Fellowship website, as well as links to audio lectures and sermons on our SermonAudio.com link and presentations concerning the Persecuted Church, Islam and Communism on ourSlideshare link. All of these are accessible through our www.frontline.org website.

Books on the Persecuted
Resources on the Persecuted Church include: Slavery, Terrorism and Islam - The Historical Roots and Contemporary Threat;Faith Under Fire in Sudan; In the Killing Fields of Mozambique; Holocaust in Rwanda and Going Through.

Films on Persecution
There are also some excellent films you can show to your congregation, school, or cell group, including: Islam Rising; Sudan - The Hidden Holocaust; Terrorism and Persecution - Understanding Islam Jihad. These and other resources are available fromChristian Liberty Books, PO Box 358, Howard Place 7450, Cape Town, South Africa, tel: 021-689-7478, email:This email address is being protected from spambots. You need JavaScript enabled to view it. and website: www.christianlibertybooks.co.za.

Please pray for the world media to cover the atrocities being perpetrated on Christians in Africa by Muslim extremists such as Boko Haram in Nigeria. Pray that these terrorist movements will be dissolved by God's power in answer to united prayer and that governments there and around the world will unite to take action to effectively fight this menace to their people.

Nigeria at an Urgent Crossroads 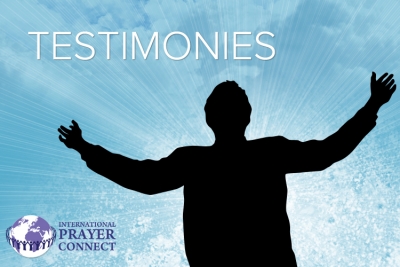 Please watch the attached prayer video to understand the torment that Africa's most populous nation is undergoing due to the national battles against widespread corruption and the radical Islamic group, Boko Haram, which has killed or kidnapped thousands of our brothers and sisters in Christ. Pray for the important national election on February 14 that good, strong, honest leadership will be put in place to guide the nation into a better future.

Hundreds of girls abducted. Children used as suicide bombers. Whole villages wiped off the map. Nigeria faces a burgeoning genocide by the Islamic extremist group Boko Haram. This humanitarian crisis has already taken roughly 16,000 lives and affected three million people since 2011. A recent attack may have been the deadliest yet, with some reporting as many as 2,000 casualties. As the February 14 election draws near, the violence has intensified.

Ranked number ten on the World Watch List for persecution, this devastated nation saw the largest number of Christians martyred for their faith in 2014. Though over half of Nigerians claim Christianity, Islamic sharia law has been implemented in one third of the states.

But with persecution has come an increase in unity and prayer in the very large and growing Nigerian church. We join with a Nigerian believer in praying, "May the Holy Spirit embolden us to follow Christ with renewed devotion and dedication, because no force shall destroy the church of God in northern Nigeria."

Together let's watch and pray,
The Prayercast Team
prayercast.com
a ministry of OneWay

*If the link in the picture does not work:
CLICK HERE:
http://www.prayercast.com/index.html